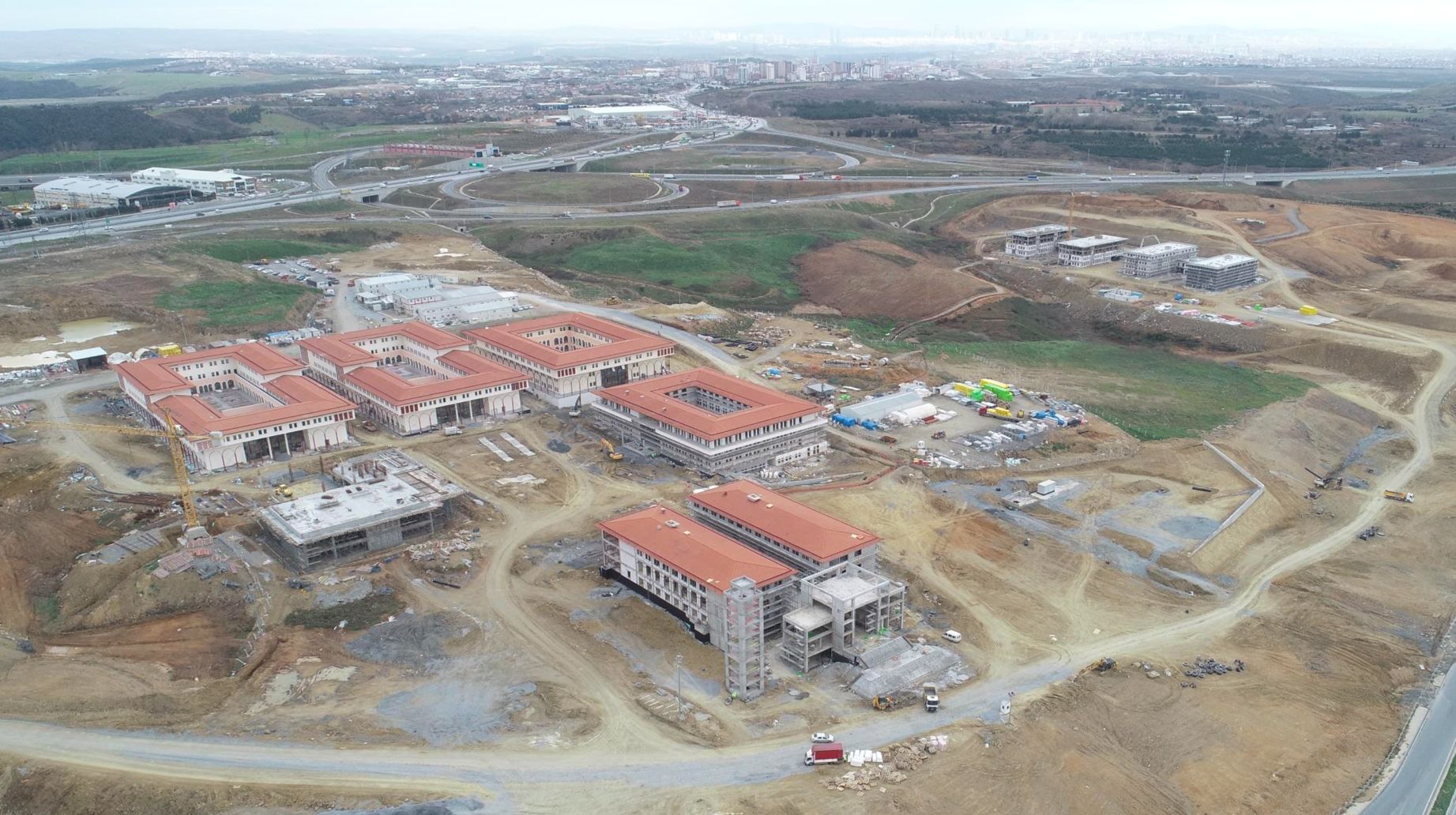 The latest situation at the Ibn Haldun University (IHU) Complex, which is under construction, was shared with IHU students at an event organized by the Student Board Representatives. In addition to the construction Project Manager Cemalettin Özbilen, Secretary General Erkam Tüzgen, Administrative and Financial Affairs Department President Turgut Aydın and Civil Engineer Furkan Taşdemir attended the event held on Tuesday, December 31 in Başakşehir Campus. After the presentation of the project, the event continued with the answers to the questions asked by the students about the new complex.

Cemalettin Özbilen, the Project Manager, said that the construction, consisting of three stages, includes the faculties region and the student dormitories in the first stage. He added that the rough construction of the first stage, constitutes 60 percent of this stage, has been completed and the complex is going to welcome IHU students by September 1, 2020. IHU new campus, which will have up to 16-17 meters tall with no more than 4-story buildings, is being built on the basis of the traditional Turkish-Islamic architecture. Özbilen said that they have examined on-site the architecture of Valide-i Atik Complex during the projecting stage, and that some important architectural features inspired from these examples will be applied in the complex of Ibn Haldun University.

From amphitheater to laboratory and studio, from sports fields to interior courtyard areas, all kinds of comfort is considered

In the first stage, besides the faculty buildings, entrance and Presidency buildings, dormitory buildings together with basketball and football fields, tennis court and fitness centers are included. Cemalettin Özbilen indicated that the new campus’ classrooms and amphitheater, library, 350 square meters studio, laboratories, activity and recreation areas, bicycle paths and parking areas, interior and exterior courtyards and landscaping arrangements, will meet all the needs of members of the University. He also pointed out the safety measures implemented to confront any possible disasters that may take place in the future. Özbilen also stated that the first stage of the complex, which has a size of more than 4 times that of Ibn Haldun University’s current campus of Başakşehir, still has internal regulations.

Speaking about the transportation possibilities of the new complex, Cemalettin Özbilen said that there will be bus stops on the complex. In addition, he updated the participants with the plan of the Turkish Ministry of Transport and Infrastructure of integrating the stop of the Gayrettepe-New Airport metro line, located right at the entrance of the complex, with the Marmaray.
[bs_button size=”md” type=”info” value=”Click for more photos of the complex.” href=”http://ihu.edu.tr/files/yeni-kampus-sunum.pdf”]

New Student Board Representatives were introduced

The program, which updated IHU students with the construction progress on the new complex, was also recorded as the first event held by the newly elected Student Board Representatives. At the beginning of the program, IHU new Chairman of Student Board Representatives (SBRs) Abdülkerim Pirim, the student of Faculty of Law, talked about the principles and objectives of the board and introduced the board members to the participants. The former Chairman Hüseyin Yağızhan Kol was presented a plaque for his devoted work.

The program ended with Question and Answer session followed by Kahoot game. 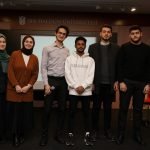 Why Graduate Studies at Ibn Haldun University? Our Academics Tell