With the presidential decree issued by President Recep Tayyip Erdoğan, Prof. Atilla Arkan was appointed to the presidency of Ibn Haldun University (IHU).

Who is Prof. Atilla Arkan?

Atilla Arkan who graduated from Adapazarı Imam Hatip High School and Marmara Faculty of Theology (1991), received his PhD in Islamic Philosophy from Marmara University Institute of Social Sciences in 1999. Between 1996-1999 he went to the International Institute of Islamic Thought and Civilization (ISTAC) of the Islamic University of Malaysia for his second doctorate study.

Atilla started working as an academic at Sakarya University in 1994. He became a professor at the same university in 2013. Between 2012-2014, he was a visiting researcher at the Canadian McGill University, Institute of Islamic Studies.

Prof. Arkan, who served as a faculty member at Sakarya University Faculty of Theology and as the Head of the Department of Islamic Philosophy, as well as the Director of Education and Social Policy Studies at SETA – the foundation for political, economic and social research – since 2017, fluently speaks both English and Arabic.

Among the published works of Professor Arkan who works in the fields of Philosophy of Religion, Islamic Thought and Contemporary Islamic Thought, are “Ibn Rushd Psychology” and “God in the Philosophy of Maimonides” books and “Psychology Commentary / Kitâbu’n-Nefs” and “Islamic Moral Theories” translations.

On this occasion, IHU congratulates its new President Prof. Atilla Arkan and wishes him success in his new position. 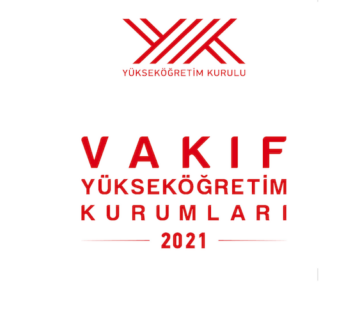 IHU Ranks in Top 10 in 13 Fields Among All Foundation Universities: CoHE Report