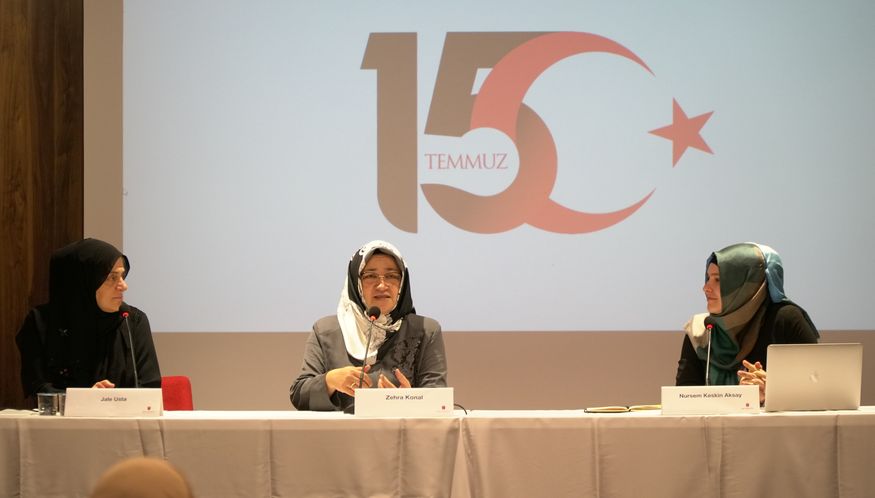 On the 3rd anniversary of the July 15 treacherous coup attempt, events for commemoration and understanding of July 15th continue at Ibn Haldun University (IHU). In this context, IHU opened a Photography Exhibition consisting of photographs from the archives of Anadolu Agency on Friday, July 12 at Başakşehir Campus.

“We joined the resistance with a Jihad consciousness”

The program started with a documentary film shows briefly what happened on the coup attempt. On the opening remarks, Assist. Prof. Nursem Aksay pointed out that the program aims to contribute to the academic researches, later after veteran Jale Usta delivered a speech. In her speech, Usta reminded that the events experienced on July 15 should never be forgotten particularly when people went out to the streets with full of spiritual emotions. Veteran Usta said that with the call of President Erdogan for the people to gather at the squares and the airport, they joined the resistance against faction of the military near of her house because they, “herself, her husband and her son” couldn’t go toward the airport to give the president a riotous welcome and all of them got injured at that incident. “It was important to go out to the squares that night, and we joined the resistance with a jihad consciousness” added Jale Usta, and she also stated that becoming a veteran is a delightful feeling.

At the beginning she had difficulty in understanding how the soldiers have the dare at that night to point their guns towards their nation and towards the policemen, Jale Usta continued her speech as follows “How could a soldier aim a weapon at the nation, we couldn’t make sense of it. When we were following up the lawsuits in Silivri, I had the opportunity to ask the coup soldiers ‘How would you be in such a treachery? What has the Fetullah Terrorist Organization offered you to do this treachery? Would your deeds stay in this life? They kept bowing their heads without being able to give any answer.”

Resident of Üsküdar, Veteran Zehra Konal, together with her husband had an experience of the coup attempt on the July 15 Martyrs’ Bridge where her leg was broken. “We didn’t even think of being afraid, worrying about our lives as the bullets passed over us. We never thought of ourselves as martyrs, veterans and people who joined the resistance. I thank God for giving me the opportunity to show that I am with the nation and the Ummah. I hope we can be among the servants that Allah is pleased with” expressed Konal.

“When it comes to homeland, it doesn’t matter to be man or woman”

Both of the speakers stated that their lives have changed completely after that night, Jale Usta stated that after their experiences on July 15, her children’s spirituality was strengthened. “When it comes to the homeland, no matter if you are man or woman” said Jale Usta, “but in such cases, women stand stronger and solider, and I think that they retain their fortitude throughout the involvement” Usta underlined.

The program “July 15 and Post July 15 from the Eyes of Women” which dominated by the participation of young people, ended with a question answer part then introducing flowers to the guests. 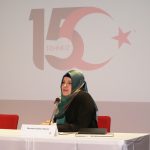 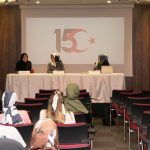 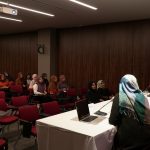 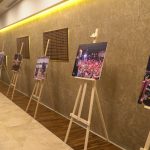